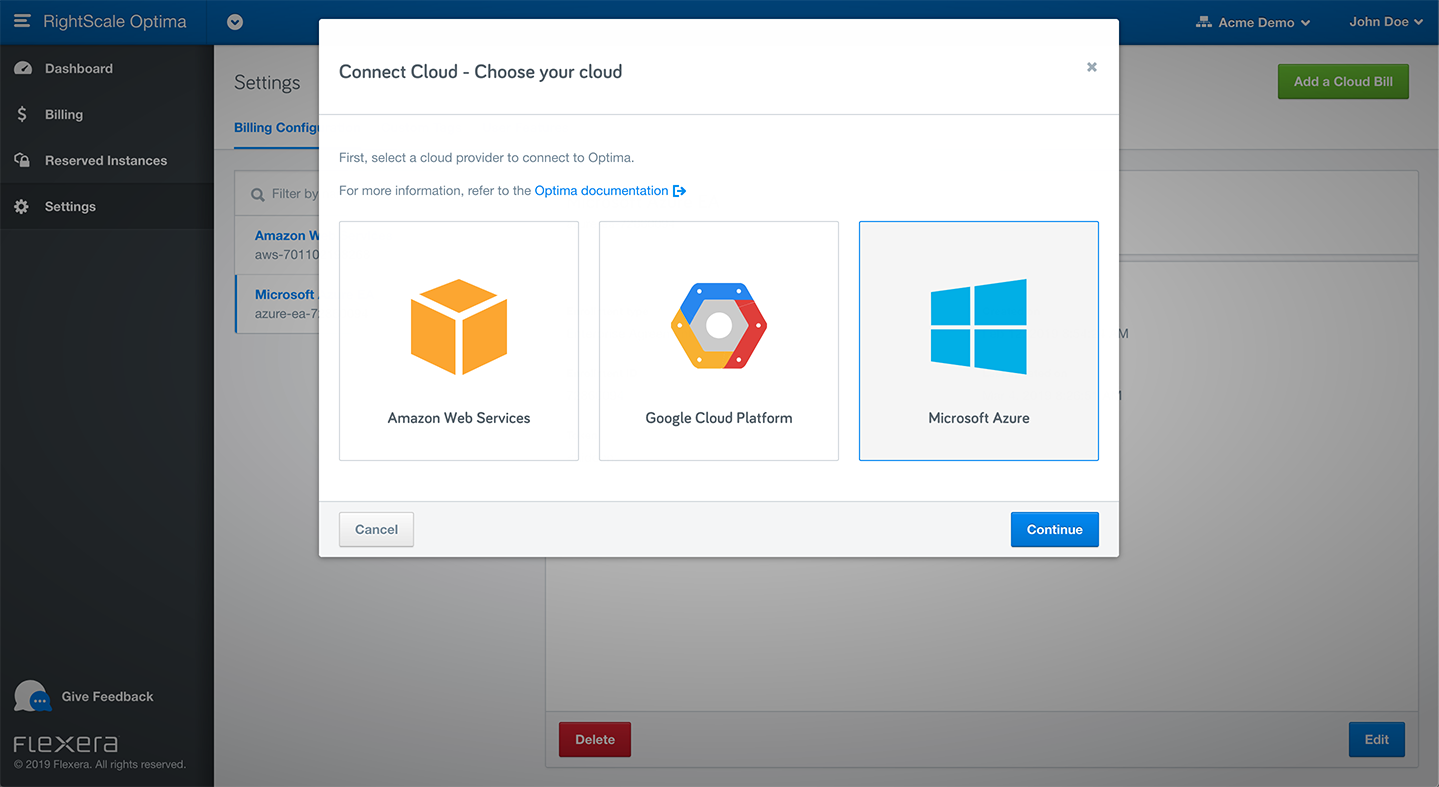 As part of the Flexera acquisition of RightScale, we needed to retool our Optima onboarding process in order to unblock the Flexera global sales team. Before this project, customers needed to engage in a complex process that involved exchanging their critical credentials manually with RightScale support rather than entering them in the application. This was frustrating to sales prospects and not scalable across Flexera’s global support team.

The RightScale-turned-Flexera Optima engineering team and I were able to deliver the Bill Connector feature on time despite the short deadline. The feature received significant internal praise, particularly from the sales team. By replacing the tedius, manual process with an elegant alternative, sales POC time was reduced by as much as a month. Most importantly, the Flexera global sales team was able to start selling Optima in January, opening up millions of dollars in additional revenue through Flexera’s existing customer base and sales channels.

For more information about the Bill Connector feature, see the documentation.

Because the deadline was so short and my time was split, I divided the project into two parts. The first part, which involved the API interface to the Flexera Salesforce application, was driven primarily by engineering, with me taking only a consulting role. I took the lead on the new Bill Connector UI that was to be added to the Optima product, and focused the bulk of my energy there.

After consulting with engineering and product to understand the needs of the story, I immediately set to work creating mid-fidelity wireframes with Axure RP. Due to time constraints and the availability of existing Optima patterns, I determined that high-fidelity mockups would not be justified. After sharing the designs with internal engineering and product stakeholders, I took the mid-fidelity Axure prototype and created a Confluence wiki page with documentation and a 5-minute walk-through video for other internal stakeholders to review.

Based on the feedback sent to me directly and left on the Wiki, I made adjustments to the initial designs. At this point, time was extremely pressing, as engineering wanted to start right away. I decided to do a round of user testing with Flexera’s cloud IT team, as they would be themselves be dogfooding by using Optima to track their own spend following the acquisition. Using the mid-fidelity prototype, I conducted a formal usability testing session with the mid-fidelity Axure prototype, and made design adjustments based on the feedback. I also shared the video and prototype with additional internal stakeholders. Unfortunately, time was too constrained to conduct additional usability testing.

Engineering began building the Bill Connector UI, and I maintained regular contact with the engineering manager and lead UI developer. Once the initial branch was committed, I checked it out and made some CSS adjustments, as pixel-perfect, high-fidelity comps were not available. I also helped with QA, reporting several bugs that we were able to fix before release.