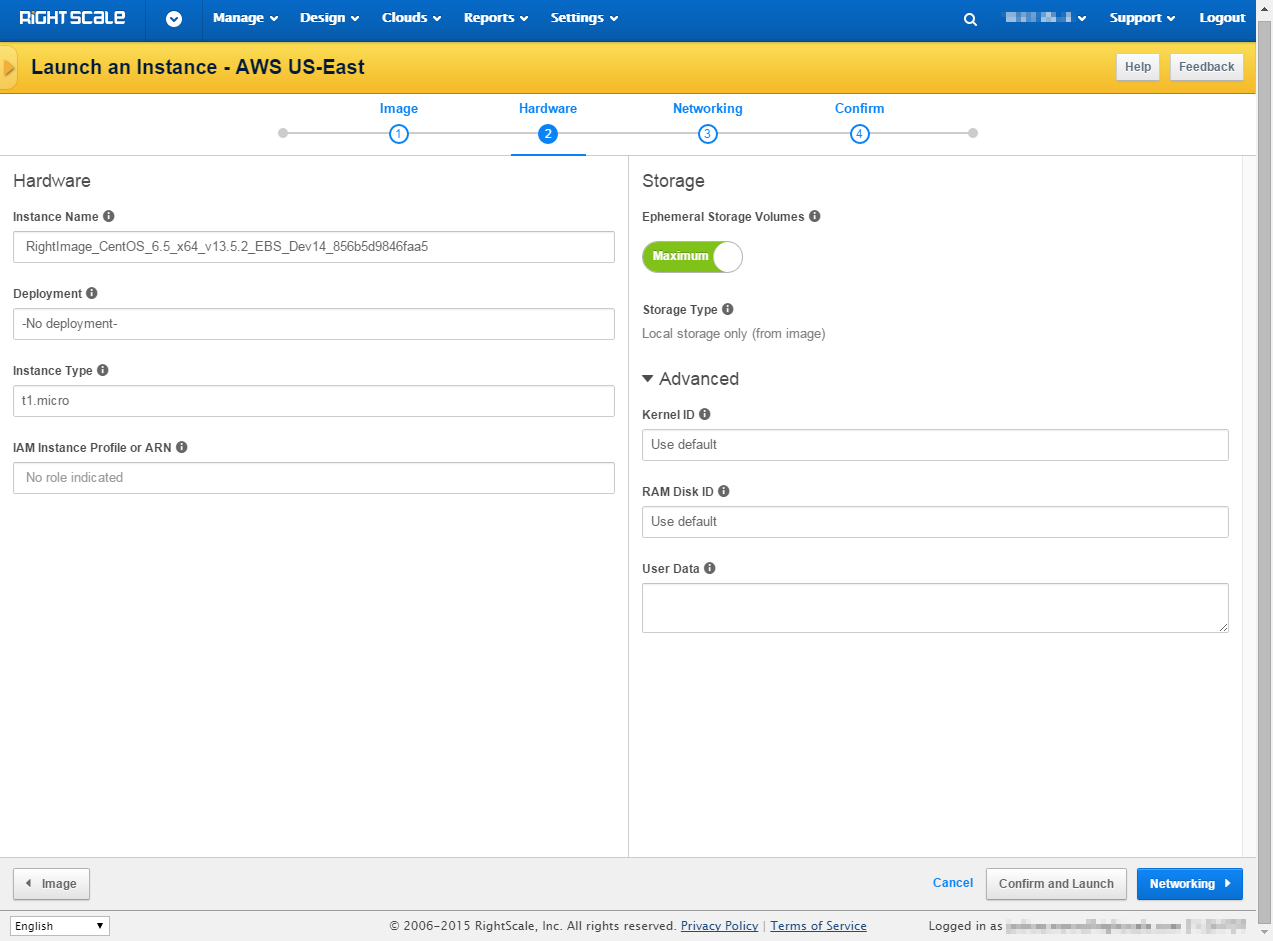 Many of RightScale’s pages date back to the time before I started my career at RightScale. These pages were created using Ruby on Rails, and generally followed a pattern of basic forms and static tables. While I had designed an improved server flow in my first year at RightScale, that interface was never adapted to be used for launching raw instances. In the past, we strongly encouraged users to launch servers rather than instances, but as the number of supported clouds grew, the need to launch raw instances increased, users had a greater need to launch raw instances.

This project was initiated during a tight resourcing period for the UX team. As a result, I was left to create both the interaction and visual design for the new UI. In addition, the UI needed to be built on top of our API and support approximately 8 different clouds, all with different requirements. I was tasked with developing the technical specifications and identifying areas where we needed to expand our API coverage in order to support a robust interface.

To begin the project, I performed the following tasks:

Once I understood the customer requirements and technical constraints, I began working on the design. It quickly became clear that a single, scrolling page could not handle the quantity of new features being rolled out by our cloud partners, so I adapted the Instance Provisioner to use a wizard-like flow. I moved quickly from simple sketches to a mid-fidelity prototype so I could gather feedback.

Elements of the design process included:

The initial version of the Instance Provisioner was released for AWS. During this process, I was continuously iterating on the designs and specifications for the additional clouds while also gathering feedback from our initial users to tweak the overall design.